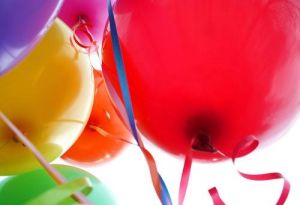 In youth ministry, I’ve learned to fill balloons with anything from shaving cream to taco sauce. Even pudding can be used with the proper funnel system. And I’ve learned to use them for any purpose. Whether for decoration or decimation, the balloon has proven to be a great asset in ministry as well as life.

What I’ve learned is the ingredients of a balloon will determine its characteristics. Say, for instance, a balloon were to be filled with glitter; the really fine glitter that sticks to your skin for a minimum of five years. That balloon wouldn’t weigh much, but wouldn’t float either. And according to its volume, the one to pop it might find himself looking like Elton John. If then, a balloon were to be filled with maple syrup, that balloon would be heavy, most likely sticky, and greatly feared. The inside of a balloon will form the outside. The shape, weight, agility and fragility will all be determined by its contents.

So why am I writing on balloons? I think we can learn something from them. Every day we determine what we allow to enter our bodies. Yes, tacos can be fattening, but I’m far more  concerned with the invisible influences. We choose daily to invite either love or hatred into our hearts; thankfulness or bitterness; joy or sadness; faith or doubt. And these ingredients will shape who we are. Of course this isn’t rocket science. It’s quite elementary really. But I believe that because it is so simple, it is so often overlooked. Contrary to culture, I believe we ought to guard our hearts rather than follow them.

So… what’s your favorite color balloon?

2 thoughts on “Balloons Are Awesome”